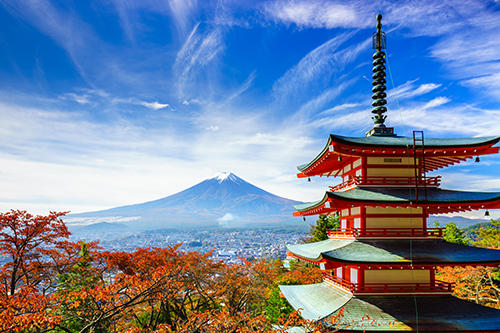 What are the best places to stay in Asia?

As the world’s most populated city, Tokyo offers a one-of-a-kind experience for anyone travelling on Asia packages. The Japanese capital is known around the world for its unique blend of ancient and modern cultures. Tokyo covers an incredibly large area, and each neighbourhood has its own unique vibe. Shinjuku and Shibuya are the shopping and nightlife hubs, Asakusa is rich with Japanese history, and Akihabara is an eclectic spot home to anime and cat cafes. Tokyo moves at a fast pace and has a diverse range of attractions, restaurants, shops, and theatre, with something for everyone booking into a hotel and accommodation in Asia’s largest city.

If you’re more into lounging on the beach than navigating a big city, consider booking Asia accommodation and flight packages to Phuket. This island in the south of Thailand is popular for its gorgeous beaches and untouched natural landscapes. It’s also within easy reach of the Phi Phi Islands. Many visitors come to Phuket for its natural beauty and discover a range of cultural activities as well. Immerse yourself in the culture of Phuket in between trips to the beach by temple-hopping and visiting local markets while holidaying on Asia packages.

The Vietnamese capital offers a bit of everything – classic architecture, fascinating museums, traditional temples, buzzing night markets, and a lively dining scene. It has a diverse culture that’s heavily influenced by the French, from the architecture to the food - a reflection of the country’s legacy as a French colony. Another great reason to book Asia holiday packages to Hanoi is the city’s proximity to the natural landmarks of northern Vietnam. Take a day out of the hustle and bustle of the city to explore breathtaking destinations like Ha Long Bay and Cuc Phuong National Park.

What are some of Asia’s most famous landmarks and monuments?

Perhaps the most iconic mausoleum in the world, the Taj Mahal sees millions of people travel to admire its marble-clad architecture every year. It’s India’s most recognisable landmark and was even crowned as one of the Seven Wonders of the Modern World. The Taj Mahal is clad in bright white marble and features a dramatic dome, towering minarets, and intricately designed tiles. Beat the large crowds and midday heat by visiting the Taj Mahal early in the morning. To visit the Taj Mahal, book Asia holiday packages with airfare into Agra’s Pandit Deen Dayal Upadhyay Airport.

Spanning the countryside of northern China, the Great Wall stretches for an astonishing 21,196 kilometres (13,171 miles). The wall was built in the 7th century to protect China from potential nomadic tribe invasions. Today, it’s one of the most popular spots to visit while holidaying on Asia packages. Some of the most popular sections of the Great Wall have been restored and can be reached as a day trip from Beijing. The best way to reach the Great Wall is to book Asia holiday packages with flights into one of Beijing’s two international airports.

What is the best way to get around Asia?

Asia is an incredibly vast destination, and the major cities of some its most popular holiday go-tos - as well as locations more remote and off-the-beaten track - are not always a hop, skip and a jump from one another. Budget airlines allow for affordable travel between countries and cities when you book Asia holiday packages. Browse the affordable flights available to book through Webjet after building your itinerary and locking in your hotel and accommodation in Asia.

Many cities across Asia have great public transport systems. If you book Asia accommodation and flight packages to a major hub, using some form of public transport is a great way to experience the city as locals might. Some large cities that have reliable metro networks include Tokyo, Shanghai, Singapore, and Bangkok. You may not have access to a metro while staying at a hotel and accommodation in Asia’s smaller cities. Instead, many of these cities have extensive bus networks, and several cities operate trams as well.

No matter where you travel with Asia holiday packages, access to taxis is common. If you visit Southeast Asia with Asia accommodation and flight packages, you could even catch a tuk tuk or rickshaw to get from one place to the next.