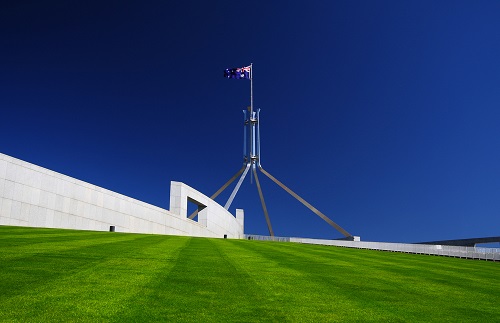 What are the ACT’s most famous landmarks and monuments?

The Australian War Memorial is a must-see for many travellers who book ACT holiday packages. The monument honours the Australian soldiers who lost their lives or participated in various wars. There are several portions of the Australian War Memorial: the Hall of Memory and the Tomb of the Unknown Australian Soldier, a sculpture garden, and galleries where visitors holidaying on ACT packages can learn all about Australia’s war history. There are galleries dedicated to colonial conflicts, both World Wars, and conflicts from 1945 to the present day.

Canberra and its inner suburbs are located around the shores of Lake Burley Griffin. The lake is a must-visit spot all year, but particularly for travellers who book ACT holiday packages for a summer trip. There are plenty of water sports to enjoy on Lake Burley Griffin, including stand-up paddle boarding, kayaking, and sailing. Those holidaying on ACT packages in cooler months can still enjoy time out on Lake Burley Griffin by booking onto a scenic cruise. There’s also a series of walking and cycling trails around the perimeter of the lake that offer views of the city and access to many of Canberra’s most famous landmarks.

The National Gallery of Australia is one of the many Canberra museums to visit when you book ACT holiday packages. There are close to 160,000 pieces on display around the National Gallery, including the largest collection of Aborginal and Torres Strait Islander art in the world. The museum regularly rotates its exhibits, so there’s always something new to see even if you’ve holidayed on ACT packages before. Some popular exhibits from recent years have featured masterpieces from London’s National Gallery, Australian female artists, contemporary Aboriginal art, and the interactive Infinity Room.

Venture outside of Canberra to discover the territory’s natural side while holidaying on ACT packages. Namadgi covers almost half of the ACT’s land area and is teeming with scenic landscapes, native wildlife, Aboriginal cultural sites, and about 160 kilometres of walking tracks. Places to visit within the national park include Gibraltar Falls, the view from Booroomba Rocks, and rock art at Yankee Hat. You can plan to enjoy Namadgi National Park no matter what time of year you travel on ACT holiday packages – hiking is open most of the year, and skiing is available in winter.

When is the best time to visit the ACT?

There are four distinct seasons to plan around when booking ACT accommodation and flight packages. Summer is the busiest time to book hotel and accommodation in the ACT, with many families travelling there during school holidays. The summer is hot and dry with temperatures typically hitting between 25° and 29°C during the day. Summer is the best time to travel on ACT holiday packages if you’re hoping to enjoy some water sports on Lake Burley Griffin.

Autumn and spring are the two shoulder seasons in the ACT, each with comfortable temperatures around 16° to 23°C and smaller crowds compared to summer. These are also the most colourful times to travel on ACT accommodation and flight packages – there’s beautiful foliage in autumn and vibrant flowers in spring.

Winter is the low season, and it’s when you’ll find the lowest rates on hotels and accommodation in the ACT. Daytime temperatures reach about 10° to 14°C, but it can cool down to about 0°C with some snowfall. Winter is a good time to travel on ACT packages to enjoy indoor activities around the capital, and it’s also ideal for skiers. Corin Forest Mountain Resort is a popular skiing spot in the ACT, and the Snowy Mountains in NSW are accessible as a day trip from the capital.

What is the best way to get around the ACT?

Having access to a car comes in handy while holidaying on ACT packages, especially if you’re hoping to explore the territory outside of the CBD. Hire cars are available to book through Webjet after reserving your ACT accommodation and flight packages.

Canberra also has a single-line light rail that makes 13 stops between Civic in the CBD and Gungahlin, a suburb north of the city. While a car is the best way to get around, the light rail can be a good way to reach the centre if you’re staying at a hotel and accommodation in the ACT’s northern suburbs.