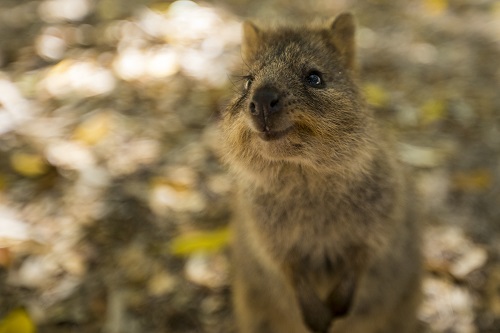 What are the best things to do in Kalgoorlie?

There are a variety of gold mining attractions to see while holidaying on Kalgoorlie packages, and the Super Pit is possibly the most striking. The mine’s history dates back to 1893 during the region’s first gold rush. It has grown significantly over time and is now the second largest open-cut gold mine in Australia. The sheer size of the Super Pit is what draws in most travellers holidaying on Kalgoorlie accommodation and flight packages. It stretches 3.7 kilometres long, 1.5 kilometres wide, and 480 metres deep. Plan a guided tour of the Super Pit after booking Kalgoorlie holiday packages to learn the inner workings of a modern-day mine. Alternatively, head to the Super Pit Lookout to see the Super Pit from above and watch it in action.

Museum of the Goldfields

Head here to continue your education on the region’s gold rush history while staying at a hotel and accommodation in Kalgoorlie. The Museum of the Goldfields explores the gold rush of the 1890s and delves into what day-to-day life was like for miners and their families at the time. The exhibits also demonstrate how gold mining in the area benefited the overall development of Western Australia. Visitors holidaying on Kalgoorlie packages can see WA’s largest collection of gold nuggets and bars and explore a couple of historic buildings from the Gold Rush period.

Hannans North operated from 1893 to 1991, and it’s now open to visit while holidaying on Kalgoorlie accommodation and flight packages. Take a self-guided surface tour of the mine where you can walk amongst original mining equipment, explore historic buildings, and learn all about life as a miner in the 19th and 20th centuries. After you’ve seen the different exhibits, head over to the gold panning area where you can try your luck at finding some gold to take home as a souvenir.

What are the best cafes and restaurants in Kalgoorlie?

The Balcony is a great place to grab a meal and take in history while holidaying on Kalgoorlie packages. It’s located within the Palace Hotel, which was built in 1897 with the aim of being WA’s most luxurious hotel outside of Perth. As the restaurant’s name suggests, it’s known for its balcony seating that offers an excellent view over the city centre. Balcony Bar and Restaurant serves hearty meals like beef fillet with your choice of sauce, grilled barramundi, and chicken schnitzel parmigiana. Rooms at the Palace Hotel can also be reserved through Webjet when booking Kalgoorlie holiday packages.

Relish is one of the best cafes to start your day at while visiting the Goldfields with Kalgoorlie packages. The cafe has a stylish design complete with laneway seating and cool artwork. Relish is open for breakfast and lunch and also has a wide selection of drinks and pastries on offer. Some popular dishes to order while grabbing a bite to eat at Relish include salmon eggs benedict, caramel banoffee waffles, and a selection of fresh salads and wraps.

Drive about five minutes south of the centre to visit Blaze Cafe, which is in Kalgoorlie’s twin city of Boulder. The cafe serves a wide selection of breakfast and lunch options as well as hot drinks and a range of smoothies. Popular menu items to try while visiting the area on Kalgoorlie holiday packages include pancakes served with ice cream, eggs benedict, and a chicken club sandwich. Blaze Cafe is located just a few minutes from the Super Pit Lookout, so it’s a good place to get something to eat and drink before or after spending time at the Super Pit.

When is the best time to visit Kalgoorlie?

Kalgoorlie has a dry and sunny desert climate. You’ll experience the hottest weather by booking Kalgoorlie accommodation and flight packages for a summer holiday. Temperatures typically fall between 30° and 34°C during the day but often reach 40°C.

Kalgoorlie doesn’t see the same volume of tourists as some other WA holiday spots, so there isn’t a true peak season. However, you’re likely to see a slight spike in tourism levels and rates on hotels and accommodation in Kalgoorlie during school holidays.