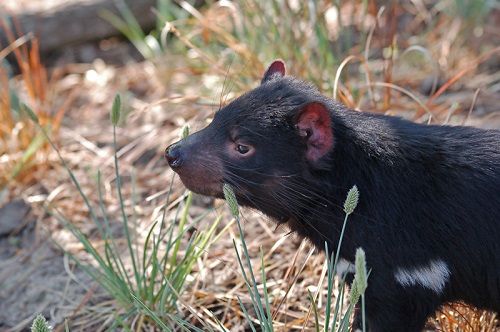 What are the best things to do on King Island?

Seal Rocks is located on the southwestern edge of the island, and it’s home to one of the most dramatic landscapes you’ll come across while holidaying on King Island packages. This portion of the coastline is defined by picturesque cliffs and rocks overlooking the Bass Strait. Take in the views of Seal Rocks, then make the 1.9 kilometre (1.2 mile) trek north to the Copperhead Cliff Lookout. Visitors travelling on King Island holiday packages will be treated to more stunning coastal views and get to see the remains of a calcified forest that’s about 7,000 years old.

King Island is home to a fascinating culture which you’ll learn a bit about by visiting the Arts and Cultural Centre. It’s located just beside Currie Harbour and showcases the work of both established and emerging local artists. Pieces are displayed in exhibits around the Arts and Cultural Centre, and there’s a studio where you can take part in workshops or see artists at work. Many pieces of art you’ll see are also for sale – the perfect souvenir for visitors holidaying on King Island accommodation and flight packages.

Don’t be fooled by the name – it’s hard to be disappointed by this picture-perfect stretch of beach on King Island’s north coast. Its soft white sand, rock formations, and availability of water activities like swimming and surfing make Disappointment Bay a favourite among many travellers who book King Island holiday packages. Whether you reserve a hotel and accommodation on King Island during the winter low season or summer high season, you’ll rarely find crowds at Disappointment Bay. The beach is also just a stone’s throw away from Cape Wickham Lighthouse – another of the popular landmarks to see while holidaying on King Island packages.

What is the cost of visiting King Island?

Webjet’s King Island holiday packages are the perfect way to save on your flights as well as your hotel and accommodation on King Island. Hotels typically cost around $130 AUD per night, but you can spend even less by bundling with your flights.

There are no taxis or public transport options on King Island, so hiring a car is essential. Reserve a car for about $80 AUD per day to accompany your King Island accommodation and flight packages.

There are dozens of fun activities to have on your radar after booking a hotel and accommodation on King Island. Some of the best ones are free, including the King Island Historical Museum, King Island Arts and Cultural Centre, Cape Wickham Lighthouse, and natural landmarks like Disappointment Bay and Seal Rocks. Golfing is another must-do for many travellers who book King Island packages. There are three different golf courses on the island, and prices vary dramatically based on which course you choose. Tee-off prices range from $30 to $90 AUD for nine holes and from $40 to $175 AUD for 18 holes. Also budget between $10 and $50 AUD if you’ll be hiring a set of clubs.

What are the best cafes and restaurants on King Island?

Wild Harvest specialises in paddock-to-plate dishes, and it’s the perfect spot to go for authentic local cuisine while holidaying on King Island packages.  The menu changes with the seasons, but some dishes you may be able to try while visiting Tasmania on King Island holiday packages include seared scallops, scotch fillet with pepper sauce, and King Island crayfish with lemon sauce. Opt for dishes à la carte, or get a taste of several Wild Harvest specialties with a six-course degustation.

The King Island Bakehouse is the place to go for a morning pick-me-up or grab-and-go lunch while travelling on King Island holiday packages. The cafe is located in Currie, King Island’s largest town, and is known across the island for its unique and delicious savoury pies. The specialty pies include fillings like crayfish, brie and asparagus, wallaby, and chicken. The King Island Bakehouse also serves a variety of coffee drinks and has a cabinet of other bakery favourites like sausage rolls, cakes, and breads.

Oleada is another must-visit restaurant to get a taste of the local flavours while holidaying on King Island accommodation and flight packages. The menu is centred around King Island meats, fish, and produce and is accompanied by a nice range of local Tasmanian gins. Stand-out dishes to try include homemade spaghetti with duck confit, steak with blue cheese sauce, pork belly with scallops, and pumpkin ravioli with burnt sage butter. Book ahead if you’d like to dine at Oleada while holidaying on King Island packages – the restaurant is small and tends to fill up quickly.