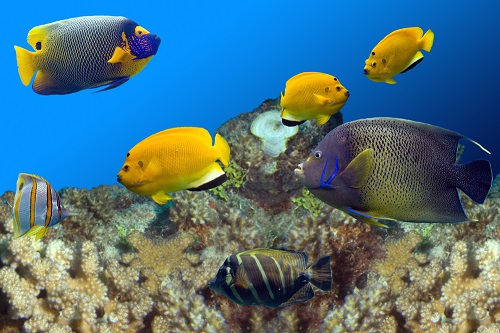 What are the best things to do on Magnetic Island?

Spending time on the Great Barrier Reef is at the top of the list for many travellers who book Magnetic Island holiday packages. Head out on a guided snorkelling tour for an up-close look at the beautiful reefs nearby. Travellers on a budget while holidaying on Magnetic Island packages don’t have to miss out – there are also beautiful snorkelling spots located just off shore. Rent snorkelling gear and head to places like Florence Bay and Geoffrey Bay.

There are about 25 kilometres (15.5 miles) of hiking trails to explore while holidaying on Magnetic Island holiday packages, and the Fort Walk is one of the best. It stretches for 4 kilometres (2.5 miles) in the northeast corner of the island, combining scenic views with elements of history – World War II artefacts and fortifications can be spotted along the Forts Walk. The Forts Walk also features some of the most breathtaking views you’ll come across while visiting Queensland on Magnetic Island packages.

There are nine main beaches to visit while holidaying on Magnetic Island accommodation and flight packages. Geoffrey Bay is a spot on the eastern side of the island that’s home to a beautiful stretch of sand and a range of water activities. It’s an excellent spot for getting out in the water to snorkel, kayak, or paddle board. Experienced divers holidaying on Magnetic Island holiday packages will also get the chance to see the famous Motke Wreck, which is located about 100 metres offshore. Also keep your eyes peeled for the rock wallabies that live at Geoffrey Bay.

When is the best time to visit Magnetic Island?

The island’s location in tropical Queensland means there are two main seasons to plan around when booking Magnetic Island holiday packages: wet and dry.

The wet season lasts from December to April. It’s an excellent time to plan Magnetic Island packages to avoid crowds and find the lowest prices on hotel and accommodation on Magnetic Island. Temperatures typically reach 28°C during the day before cooling down to about 22°C in the evenings. There are some tropical rain showers, but you’re likely to encounter more sun than rain even during the wet season. Also note that wet season overlaps with much of stinger season, which is November to April. There are stinger nets at Picnic and Horseshoe Bays, but it’s a good idea to wear a stinger suit if swimming or snorkelling somewhere else around the island.

What is the cost of visiting Magnetic Island?

You can also reach Magnetic Island by public transport after arriving into Townsville Airport. An airport shuttle is available to the Townsville ferry terminal. It costs $10 AUD for one person, $15 AUD for a couple, and $5 AUD per person for groups of three or more. From there, return tickets to Magnetic Island cost $30 AUD.

The many different water sports on offer around the island are crowd favourites among travellers staying in hotels and accommodation on Magnetic Island. Hire snorkelling gear for about $15 AUD, or embark on a guided snorkelling or diving tour of the nearby reefs for about $150 to $200 AUD. Kayaking is another popular activity, and a guided kayak tour around Magnetic Island costs about $65 AUD.