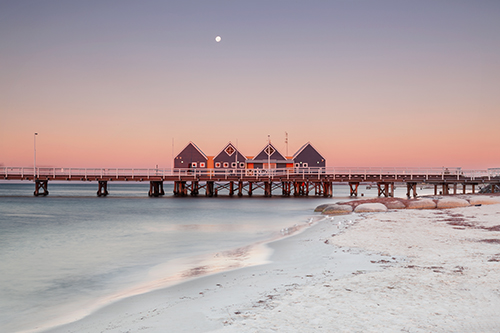 What’s on in Western Australia?

Book Western Australia holiday packages to Perth for this annual event. Perth Festival is the longest running cultural festival in Australia. Held over 23 days, the festival welcomes a diverse programme of performances and workshops that pop up at venues all over Perth. Each event highlights the exciting history and culture of Perth and WA through dance, theatre, visual arts, classic and contemporary music, and film. Some events are ticketed, but several are free to attend. Book Western Australia accommodation and flight packages for travel in February to check out the festival.

10 Nights in Port is an annual event held in the coastal city of Fremantle. The festival celebrates everything that makes the city unique through various performances and exhibitions. If you book Western Australia packages to attend 10 Nights in Port, you can expect to enjoy theatre, visual arts, film, and live music. The festival takes over the entire centre of Fremantle, so you’ll feel a part of the action whether you’re exploring laneways, checking out an art gallery, or even just catching the tram. Check out Western Australia holiday packages for 10 days in mid-July to attend the event.

What are Western Australia’s most famous landmarks?

The other-wordly appearance of the Pinnacles makes them a unique spot to see while holidaying on Western Australia accommodation and flight packages. These formations are a series of natural pillars located within Nambung National Park in Cervantes. The pillars were formed about 30,000 years ago from sea shells that were deposited onshore. If you plan Western Australia holiday packages for the spring, you’ll see colourful wildflowers blooming as you walk around the Pinnacles. To reach the Pinnacles, book Western Australia packages with flights into Perth Airport or Geraldton Airport. The Pinnacles are halfway between the cities and can be reached by car in about two and a half hours.

Ningaloo Reef is one of the largest coral reefs in Australia and an incredible place to visit while holidaying on Western Australia packages. The reef is located close to shore and stretches for 300 kilometres (186 miles) along the Ningaloo Coast. Book a snorkelling or diving tour to see an underwater kaleidoscope of coral, tropical fish and sea turtles. After spending time in the ocean, head back to shore to wander along any of the white-sand beaches that hug the coastline. Make your way to Ningaloo Reef by booking Western Australia holiday packages with flights into Learmonth Airport. Rent a car with Webjet and drive 25 minutes’ north to Exmouth or 70 minutes’ south to Coral Bay – two great spots to base yourself if you’re wanting to explore Ningaloo Reef for more than a day.

What is the best way to get around Western Australia?

If you book a hotel and accommodation in Western Australia’s capital city, you’ll have no trouble getting around by public transport. Perth has a great transport network of trains and buses.

If you’re heading somewhere outside the capital, a rental car is the way to go. There isn’t a large transport network outside of Perth, and a car offers an extra level of freedom. Take off on a road trip along the west coast or explore the stunning national parks of WA. Rental cars can be added at check-out through Webjet while booking your Western Australia accommodation and flight packages. Cars can be picked up from airports and towns all across WA. Those with a taste for the adventurous may consider reserving a 4WD when you book Western Australia holiday packages. This will allow you to venture off the tourist path on unsealed Outback roads and routes through national parks.