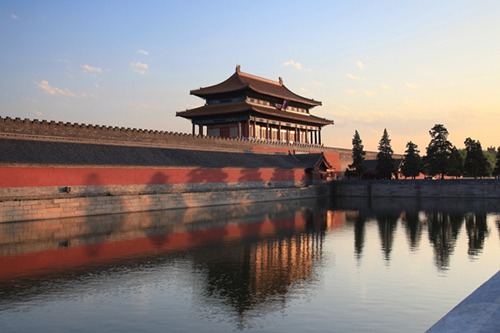 Planning a trip to China? Bundle your flights and accommodation together and save with one of Webjet’s great holiday packages.

Search and discover hundreds of combined rates on hotel rooms and flights, and find one to match your budget, travel dates and holiday preferences. Regardless of if you’re simply looking for inspiration for next break, hoping to make the most of a last minute deal or are wanting to secure your plane ticket and hotel room well ahead of time, Webjet offers a great selection of holiday packages to choose from.

Whether you’re planning to enjoy a short break or an extended stay, Webjet's great range of China holidays will help to take the stress out of your next holiday. Book a holiday package and save with Webjet.

What's on in China?

Chinese New Year is held in January or February each year. It ushers in another 365 days with lion dances, fireworks, and celebrations at ancient temples. For an exceptional experience, go to Shanghai. The city's Longhua Temple is more than 1,800 years old and is the city’s main hub for festivities and bell-ringing ceremonies. If you want to partake in the celebrations, be sure to book your China holiday package as soon as possible. It's one of the busiest times of the year for local and international tourists travelling around the country and hotels and flights fill up fast.

Welcome the start of spring with the flower festival in Guilin, Guangxi. It's an incredible event for people buying China holiday packages who want to experience the local culture. During the festival, you can wander around the blossoming peach trees and try the local oil tea. The latter is a mixture of fried tea leaves, puffed rice and spices. For visitors wanting to buy China holiday deals to attend the festival, take note that the exact dates change slightly from year-to-year. However, the event is usually held in March.

For a unique event that celebrates China's culture, travellers thinking of booking China travel deals should look to attend the Dragon Boat Festival. Legend has it that the event started to memorialise Qu Yuan, a 14th-century poet. It's believed that he drowned himself in protest over the state of Qin taking over his country. Today, the festival sees boat races held all over China. For curious visitors buying China holiday deals that want to attend, Beijing is usually the most popular destination for the event.

What should I know before visiting China?

You need a VPN

Whereas once the Great Wall of China guarded China; today, the country has a firewall that blocks access to Facebook, YouTube, Instagram, WhatsApp and other Google products. Tourists travelling on China travel deals that want to continue using these applications will need to buy a VPN. A VPN allows visitors travelling on China holiday deals to change their IP address and avoid this firewall. However, for the application to work, you need to install it on your phone before you leave for your trip.

English is not as widely spoken as you might expect

One of the biggest challenges you'll face when travelling to China is the lack of English (or any other international language). Most locals only speak Chinese, especially once you head away from the big cities, such as Beijing and Shanghai. To get around the language barrier, those heading away on China holiday deals can install translation apps onto their smartphones. It's also a good idea to have your hotel's address written down in Mandarin or Cantonese to make it easier for taxi drivers to understand where to take you.

The tap water in China is not safe to drink. If you’re purchasing China holiday packages, it is best to keep to bottled water to avoid getting sick. Luckily, water is cheap to buy and won't put a big dent into your budget.

What are China's most famous landmarks and monuments?

One of the main reasons people buy China holiday packages is to see the Great Wall of China. The famous landmark stretches across 6,000 kilometres and some parts of the wall date back to the 7th century. The most popular section of the wall to visit is Badaling Pass in northwest Beijing. Tourists booking China travel deals can easily reach it with public transport or an organised tour.

The Forbidden City is considered one of China's most important historic landmarks. This incredible complex is located in the heart of Beijing, and much of it was built between 1406 and 1420. The Forbidden City covers more than 720,000 square metres and is protected by a 10-metre high wall. The most popular spots for travellers buying China holiday packages to see once in the City are the white marble Golden River Bridges, the Hall of Supreme Harmony, the Imperial throne, the Hall of Preserving Harmony and the Palace Museum. Happily, the Forbidden Palace is also located close to some of the other most popular sights with those on China holiday deals - think infamous Tiananmen Square and the Temple of Heaven. The temple is one of China's most important and oldest religious sites, dating back to the 15th century.

Located on the outskirts of Xi'an, the Terracotta Army is one of China's most important archaeological attractions. The site was discovered by farmers in the 1970s, and is made up of three large underground pits that hold more than 8,000 life-size warriors created to protect the tomb of Qin Shi Huang, the First Emperor of China. The best way to visit the Army and learn about the site’s historical importance is for those on China holiday packages to hire a private guide or join an organised tour.

The Summer Palace is one of the country’s most visited attractions for people buying China holiday packages. The compound is set on 700 acres and was built in 1153. Travellers headed to Beijing on China travel deals can expect to see Imperial Gardens, the Hall of Happiness and Longevity, the Great Theatre, and ruins of the former palace.