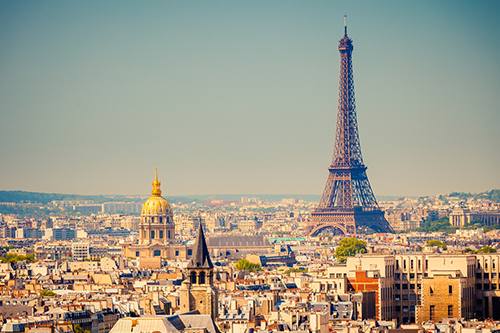 What’s on in Europe?

The three week-long Venice Carnival is one of Europe’s most popular events. The tradition of celebrating Carnival began in 1162 when Venice defeated the nearby village of Aquileia in battle. The festival grew over the years and became the spectacle that it is today mainly during the years of the Italian Renaissance. If you book Europe holiday packages for travel that coincides with Venice Carnival, expect to see elaborately-designed masks, flamboyant costumes, and performance entertainment in Piazza San Marco. To join in on these celebrations in Italy, look into Europe accommodation and flight packages for a trip in mid-February.

Each spring, the Netherlands bursts with colour as its famous tulips bloom across the country. One of the best places to see the tulips while holidaying on Europe packages is Keukenhof. This annual tulip festival takes place in Amsterdam and lasts from late March to early May. Visitors can stroll through the Keukenhof tulip gardens to take in the beauty and sweet scents of the Netherlands’ most famous flower.

Edinburgh Fringe isn’t just the largest arts festival in Europe – it’s the largest one in the world. At the end of each summer, the festival brings together performers from all different areas of the arts, including comedy, theatre, music, dance, and magic. Some events require tickets, while others are held in the city streets and are free for anyone to enjoy. To attend the Edinburgh Fringe Festival, book your Europe holiday packages for mid- to late-August.

What are Europe’s most famous landmarks and monuments?

This iconic landmark dominates the Paris skyline. Take some time to visit if you’ll be in the French capital while holidaying on Europe packages. The tower can be admired from vantage points all over the city, with some of the best views offering from the top of the Arc de Triomphe, Sacré Coeur, and Jardins du Trocadéro. For the traditional Eiffel Tower experience, head to the top by lift or stairs where you’ll be treated to a stunning view across the city. Make sure you also see the Eiffel Tower at night when you book hotel and accommodation in Europe’s City of Lights. It sparkles in a light show for the first five minutes of every hour, between sunset and 1am

Take a step back in time while visiting Italy on Europe holiday packages. The world-famous Colosseum was constructed between 70 and 80 AD and quickly became a centrepiece of the Ancient Roman Empire. During this time, various forms of entertainment took place at the Colosseum, including gladiator fights, plays, and reenactments of famous battles. Today, the Colosseum is partially in ruin as a result of earthquakes over the years, but it’s still a breathtaking sight to see while holidaying on Europe packages. Admire it from the outside, then head inside to see the arena, underground tombs, and a series of tunnels.

When you book Europe holiday packages, plan a visit to Germany to learn more about its politics and culture during the 20th century. Following WWII, the Soviet Union took control of East Germany. Between 1948 and 1989, this area drastically contrasted with the Democatric West Germany, and the line between these two areas went right through Berlin. The Berlin Wall was constructed to separate them until it was knocked down in 1989. Today, tourists can see the artwork, memorials, and old checkpoints along the remains of the Berlin Wall.

What is the best way to get around Europe?

When you book hotel and accommodation in Europe, take advantage of how easy it is to travel between countries. Book cheap flights through Webjet to destinations all over the European continent. With Webjet’s Europe accommodation and flight packages, you’ll benefit from excellent deals by combining your airfare and hotel together in the one package - and that puts more money in your hip-pocket for sightseeing, eating out and other holiday expenses.

If you aren’t travelling far, make the most of a rental car while holidaying on Europe packages. Cars can be hired through Webjet and picked up from cities and airports all across the continent. Having a car will mean experiencing a country from a local’s perspective when you book Europe holiday packages. A car offers extra opportunity to see places that may be tough to reach by public transport, such as Stonehenge in the UK and Neuschwanstein Castle in Germany.

When you book hotel and accommodation in Europe’s major cities, you can also use their large-scale public transport networks. Large cities like London, Barcelona, and Athens have underground metro systems, and most European cities also operate extensive tram and bus routes.

Finally, if you’ll be heading off the beaten path while holidaying on Europe packages, you could benefit from renting a car. After booking Europe accommodation and flight packages with Webjet, browse affordable rental cars to pick up from locations all over the continent.