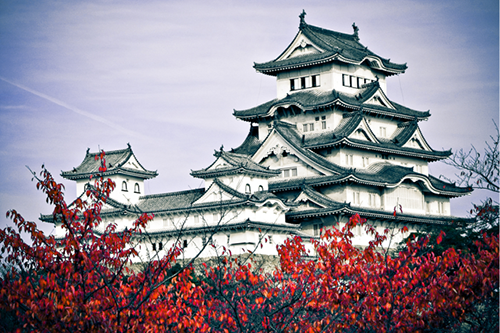 Tips for First-Time Travellers to Japan

One of the best ways to travel between cities in Japan is with the train. The country's trains are some of the best in the world and are fast, affordable and clean.

If you're buying Japan holiday packages that will see you travelling between cities, buy a Japan Rail Pass. You'll get discounted multi-use tickets on all JR national trains.

Once you've bought your Japan holiday packages, download a language-learning app. Knowing some basic Japanese will go along away and make it easier getting around and communicating with locals.

Get a local sim card

WiFi isn't freely available in Japan like it is in some other countries. While Japan holiday packages may not include a local sim, you can buy from the airport when you arrive. Alternatively, you can use a pocket WiFi device to make sure you always have access to your maps, emails and messages.

Major Events and Festivals in Japan

Want to plan your trip to Japan around one of the country's major events? Book your Japan packages for the beginning of February and attend Setsubun. This is a bean-throwing festival believed to drive off evil spirits. During the event, sweets and money are thrown into the crowds and local celebrities often take part.

Shogatsu is the most important event in the Japanese calendar. It's New Year and it's celebrated on 31 December. If you want to attend, it's a good idea to book your Japan holiday packages at least six months in advance. It's one of the biggest events and hotel and accommodation Japan often fills up, and prices skyrocket.

Hanami is Japan's famous cherry blossom festival. People from all over the world buy Japan accommodation and flight packages to attend the festival and see Japan’s iconic cherry blossoms in bloom. The event takes place from March to May and it's a wonderful time to appreciate the country's natural heritage.

Japan doesn't have a tipping culture. The Japanese believe that good service should be standard, so you don't need to worry about leaving something behind for your waiter. The only exception is if you've booked Japan holiday packages that include a guided tour. Some companies use tips, so it's always good to check if you're not sure.

Keep a plastic bag in your backpack or day bag

There aren't many garbage bins in major cities like Tokyo. You can get around this by keeping a plastic bag in your handbag for all your rubbish. Once you get back to your hotel and accommodation Japan, you can dispose of your litter there.

You can't smoke wherever you want

For smokers buying Japan accommodation and flight packages, you won't be able to light up anywhere on the streets. If you want to smoke a cigarette, you need to find one of the designated areas.

When packing for your Japan packages trip, put a pair of slip-on shoes in your suitcase. Most restaurants and hotels will ask you to take your shoes off before coming inside. If you have slip-on shoes, it will save you time and make it easier to adapt to this cultural norm.

It's no secret that smartphones don't have the best battery life. Don't rely on only charging your devices at your hotel and accommodation Japan. Bring a portable battery charger and charge your phone on the go. This way you won't miss out on snapping a photo outside the Imperial Palace or paying for a taxi because you can't get directions back to your hotel.

While smartphone cameras are excellent, if you want high-quality photos to remember your Japan holiday packages, pack a compact travel camera. Some of the best options on the market are mirrorless cameras. These are smaller and lighter than a traditional DSLR, but you won't sacrifice photo quality.

A travel adapter is one of the most essential things to pack for any international trip. Before leaving for your Japan packages, buy an adapter at one of the shops in the airport. It will save you the hassle of not being able to charge your devices and hunting down an adapter in Japan when you should be exploring.

If you're buying a Japan package for the summer, it's best to pack lightweight, breathable clothes that will keep you cool. For travel on Japan accommodation and flight packages for the winter, it's all about layers! There can be heavy snow in the north and warmer temperatures in the south. You might also find that inside trains and department stores the air-conditioning is freezing compared to the weather outside.

What are the best things to do in Japan?

The Japanese Alps are located inside the spectacular Chubu-Sangaku National Park. It's where you'll find some of the highest peaks in Japan, including the Hatako peak that reaches a height of 3,190 metres. In the winter months, the Japanese Alps attract large numbers of snow-bunnies travelling on Japan ski packages and in search of fresh powder. Hakuba Valley is one of the most popular of the 11 ski areas. Travellers buying Japan travel packages can easily access the Valley with a 90-minute bullet train ride from Tokyo.

Mount Fuji is Japan's most famous natural landmark. It's the country's highest peak and towers at 3,776 metres over the flat landscape. More than one million people visit and ascend the mountain during the summer season. A popular activity for hikers travelling on Japan holiday deals is to summit the peak for sunrise.

Another landmark that deserves a spot on your Japan sightseeing itinerary is the Imperial Palace in Tokyo. Most of the palace is off bounds to the general public, however, visitors with Japan holiday deals can still wander around the grounds to see the famous Nijubashi Bridge and the East Higashi-Gyoen Garden.

Kyoto is one of Japan's top travel destinations. It was one of the few cities in Japan that avoided destruction during World War II, and so much of its old world architecture is still intact - a delight for history-loving travellers with Japan holiday packages. Some of the city's highlights for visitors buying Japan travel deals include the 14th-century Golden Pavilion, the 17th-century Nijo Castle, Kyoto Imperial Palace, and the Arashiyama Bamboo Grove.