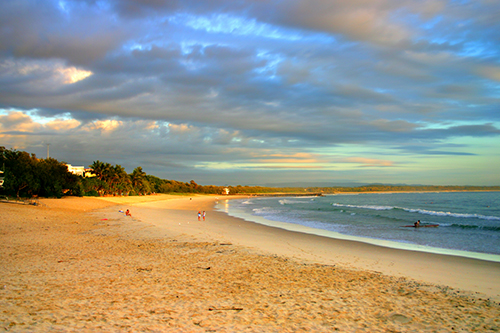 What are the best places to travel to on last-minute holiday packages?

If you’re after an archetypal getaway that is all about sun, sea and sand, check out last-minute holiday packages to the Sunshine Coast. The idyllic region covers a large area of coastline and hinterland north of Brisbane. No matter if you’re after quiet and secluded beaches, beautiful rainforests, or vibrant coastal towns, the Sunshine Coast has something for everyone. Noosa is the area’s main hub and is home to a stunning national park and a great restaurant and cafe scene. If you’re looking for something a bit quieter, Coolum and Mooloolaba are other great towns to base yourself in.

Melbourne is Australia’s cultural capital and the perfect place to book last-minute accommodation and flight packages to, if you love buzzing cosmopolitan cities. Check out the latest theatre productions, visit museums, wander through street art-strewn laneways, and get a taste of local flavours by dining at some of the city’s top restaurants and cafes. Outside of the CBD, each Melbourne neighbourhood has its own personality, from the Italian influence of Carlton, to the sophisticated South Yarra and bohemian St Kilda. Some of the best places to visit in Melbourne include Southbank, Hosier Lane, and Flinders Street Station.

Broome and the Kimberley

Book last-minute holiday packages to Broome for a trip to a destination that combines both the coast with the Outback. Broome and the wider Kimberley are brimming with adventurous outdoor activities across beaches and national parks. In the city, Broome itself has a cool multicultural atmosphere, and is a great place to base yourself during your holiday to Western Australia. Some of the best places to visit around Broome include Cable Beach, Gantheaume Point, and Dampier Peninsula. Since Broome is a remote city, it’s ideal for last-minute travellers from WA or the Northern Territory.

What’s on in Australia?

The Australian Open is one of the biggest sporting events to come to Australia every year. Look into last-minute accommodation and flight packages to Melbourne to attend the first tennis Grand Slam of the year. The Australian Open programme has a mix of singles and doubles, women’s and men’s matches, and up-and-comers and world-famous tennis champs. Tickets to the biggest matches sell out in advance, but there are plenty of ground passes and tickets to outdoor matches during the first week of the tournament. You don’t even have to be a tennis fan to attend, as the tournament village always has something on, from food stands and beer gardens, to live performances from local musicians and hands-on activities for kids. The Australian Open happens for two weeks in January, so have a look at last-minute holiday packages during that time.

Adelaide Fringe is the largest arts festival in the Southern Hemisphere, and is a great event to plan a trip to South Australia around - especially when you can take advantage of amazing last-minute packages. Fringe lasts for 31 days between late February and late March. It covers every area of the arts imaginable, including dance, music, visual art, cultural displays, stand-up comedy, theatre, and magic. Events aren’t limited to one venue and pop up at locations all across Adelaide’s CBD and suburbs. To attend one of South Australia’s hottest events, look for Webjet’s last-minute hotel and accommodation options in Adelaide.

Vivid Sydney adds a bit of brightness and excitement to the chilly winter months. Head to Sydney with last-minute packages between late May and mid-June to take in the magic of the event. Light installations and projections pop up all over Sydney, transforming the world-famous Sydney Harbour and parts of the CBD once the sun goes down. Several Sydney icons are illuminated in multicoloured lights, including the Opera House, Harbour Bridge, and Customs House. Look into last-minute hotel and accommodation around the Rocks, Circular Quay, or Darling Harbour to be at the heart of all the action.

When is the best time to book last-minute packages?

Check out last-minute accommodation and flight packages during low and shoulder seasons to find the best deals. The best time to find last-minute holiday packages can vary depending on the area you’re hoping to visit.

If you’re heading to tropical north regions of Australia like Darwin, Cairns, or Broome, you’ll find the best last-minute deals outside of winter. Winter is the dry season for these destinations and when hotels are more likely to book out. Luckily, shoulder seasons at the beginning and end of wet season – which lasts from November to April – don’t get high levels of rainfall. This makes them great times to book last-minute hotel and accommodation in the tropical north.

The Outback also receives most of its visitors in winter. There’s little to no humidity to deal with in Red Centre locations like Alice Springs and Uluru, but the summer brings stifling desert heat. The best time to check out last-minute packages are during spring and autumn when weather is mild and there aren’t huge crowds.

If you’re hoping to visit the eastern, western, or southern coasts that don’t experience tropic conditions, summer is the busiest time to go. Top hotels can book out in popular destinations like Sydney, the Gold Coast, Hamilton Island and Byron Bay, particularly around the holidays. For the best deals on last-minute packages, consider travelling to these spots in spring, autumn, or winter.