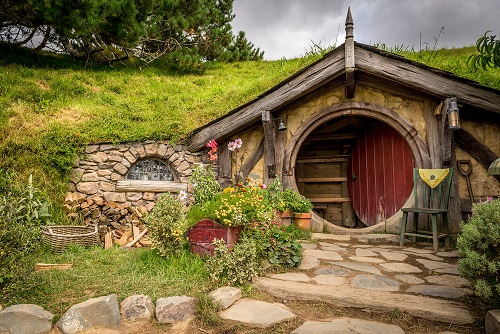 What are the best things to do in Hamilton?

The Hamilton Gardens are like a botanical garden with a twist – it focuses on the relationship between gardening and different civilisations. Gardens are spread across 58 hectares where visitors holidaying on Hamilton packages can explore plants and garden styles from all over the world. There is a traditional Maori garden, an Italian Renaissance garden, an Indian Char Bagh garden, a classic Japanese garden, tropical gardens, and dozens of others to explore. Events are regularly held in the gardens, so have a look at the upcoming event calendar when you book Hamilton holiday packages.

Head about an hours' drive south of Hamilton to reach one of the region’s most iconic attractions, the Waitomo Glowworm Caves. The caves are home to an underground river and can be explored both by boat and on foot. Head down into the Waitomo Glowworm Caves to see magical views in the Cathedral chamber. Then hop on a boat tour for a scenic ride through the caves to see the stalagmites and stalactites and, of course, the bright green and blue glowworms. The Glowworms Cave is the most popular cave to visit, but visitors holidaying on Hamilton packages will have access to the beautiful Ruakuri and Aranui caves too.

Spending a day at Hobbiton is essential for Lord of the Rings fans who book Hamilton holiday packages. Explore the rolling hills and hobbit houses of the Shire, and join in on a guided tour of the grounds for a behind-the-scenes look at the sets used in the Lord of the Rings and The Hobbit films series. Some spots that are open to visitors holidaying on Hamilton packages include the Green Dragon Inn, Bag End, and 43 other Hobbit Holes. You can even finish your day with a Hobbit-approved feast or a pint at the Green Dragon Inn.

What is the best way to get around Hamilton?

Many attractions around the Waikato region are spread out, and the best way to get around is by car. You can rent a car with Webjet after booking your Hamilton accommodation and flight packages, then pick it up from Hamilton Airport when you arrive. Having a car allows visitors holidaying on Hamilton packages to see everything the area has to offer without having to rely on the schedules of public transport or tour operators.

Taxis, Ubers, and shuttles are available between Hamilton Airport and the CBD for visitors who won’t have a car after booking a hotel and accommodation in Hamilton. The city also has 24 public bus routes around the city and suburbs. The Orbiter bus is especially handy for tourists visiting on Hamilton holiday packages as it loops around the city and has access to several attractions. You can catch this bus in both clockwise and anti-clockwise directions.

What’s on in Hamilton?

Balloons Over Waikato is one of the most exciting times to book Hamilton accommodation and flight packages. It’s an annual hot air balloon festival that attracts visitors from around the world. It’s New Zealand’s premier hot air balloon festival, and it’s also one of the country’s largest free events. Balloons fly over the Waikato region for five days, and they can be spotted from a variety of vantage points. You can even ride in a balloon for an extra special experience while visiting NZ on Hamilton holiday packages. The festival wraps up on the final evening with a fireworks display, live music, and food stalls. Book a hotel and accommodation in Hamilton in mid-March to attend Balloons Over Waikato.

Take in the cultural side of the Waikato region by planning your Hamilton packages around the annual Hamilton Gardens Arts Festival. The event takes over the Hamilton Gardens for two weeks toward the end of the summer. A variety of performances are included in the event, including theatre, comedy, dance, and music, and each performance has the beautiful and colourful gardens as a backdrop. Some events are ticketed, but there are plenty of free shows as well. Enjoy the festival by booking Hamilton holiday packages for travel in late February.

This is the perfect time to book Hamilton accommodation and flight packages if you love to try different craft beers. There are two Great Kiwi Beer Festivals – the first is held in Christchurch and the second takes place right in the centre of Hamilton. The day-long Hamilton event showcases more than 40 craft brewers from across New Zealand as well as about 35 local street food vendors. Festivalgoers will find more than 300 beers on tap to choose from, and there are also interactive brewing and tasting workshops. Have a look at hotels and accommodation in Hamilton in mid-March to attend this festival.