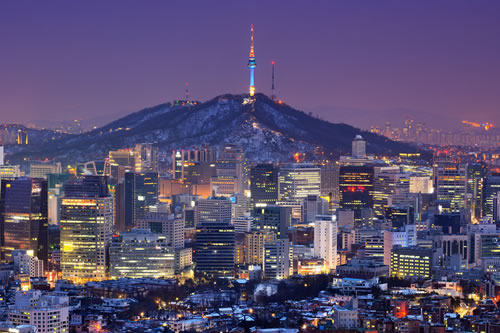 Looking for a Seoul holiday package? Combine your flights and hotel in one booking with Webjet and start your holiday itinerary with one of our cheap package deals.

There’s dozens of holiday packages to choose from in Seoul. Compare the holidays available on your travel dates and choose from a range of hotel and flights packages, with a handful of extras from free room upgrades to an included breakfast buffet.

Whether you’re heading on a weekend break or planning a lengthier holiday, there’s plenty of cheap holiday packages to choose from in Seoul. Get started on your next holiday today and save on a combined flights and hotels booking with Webjet.

What are the best things to do in South Korea?

In the 15th century, the Joseon Dynasty built five grand palaces in South Korea but the Changdeokgung Palace in Seoul was their preferred royal residence. The massive complex spans numerous libraries, dining rooms, bedrooms and a 78-acre garden. The opening times for the palace change from month-to-month, so it’s worth looking up the times that coincide with the dates of your Seoul holiday package. The Palace’s Secret Garden opens at the same time no matter the time of year, however changes its closing time depending on the seasons.

Jeonju was once the spiritual capital of the Joseon Dynasty. The city is only a 90-minute train ride away from Seoul, making it a great day trip for those planning their Seoul holiday package itinerary. The highlights of the city include its many ancient temples, shrines and a traditional hanok village. These well-preserved villages offer an insightful glimpse into what life was like in ancient Korea.

The N Seoul Tower is an iconic structure of the South Korean capital’s skyline. Heading up to the observation deck is a must-do for visitors travelling on a Seoul holiday package. Once you get to the top, you'll find yourself more than 500 metres above sea level and with incredible sweeping views of the city below. The tower is located on Namsan Mountain in the centre of Seoul, and is neighboured by two other attractions - Namsan Park and Namsangol Hanok Village - that may be on your radar while in South Korea on a Seoul holiday package.

One of the best things to do in Seoul is to spend a few hours exploring Bukchon Hanok Village. Travellers with a Seoul holiday package can wander down the narrow streets into the hanoks and watch cultural demonstrations. Bukchon Hanok Village is also popular with visitors travelling on a Seoul holiday package, thanks to its convenient location between the Gyeongbokgung Palace and the Changdeokgung Palace.

When is the best time to visit South Korea?

Spring in South Korea is from March to June. The city slowly begins to de-thaw after the cold winters, and the famous Seoul cherry blossoms begin to bloom from the start of April. The city's parks are turned into a wonderland of pretty pink flowers - so the spring is a particularly scenic time to travel on a Seoul holiday package. The spring weather is also perfect for hiking. Visitors jetting off on a Seoul holiday package can conquer the trails within Namsan Park, or go on day trips to seek out further-flung hiking trails such as Bukhansan.

Summer is one of the busiest seasons for tourism in South Korea, but the weather may not be as picture-perfect as you expect. Travellers who depart on a Seoul holiday package in July and August can expect hot, humid conditions and heavy rains. Lines at top attractions also tend to be longer during summer, and accommodation prices can be higher due to increased demand. Come prepared for the weather if you’re departing on a Seoul holiday package in the summer. Pack a small umbrella that can fit in your bag and a lightweight rain jacket.

Autumn is one of the best times to visit South Korea. The hot, humid weather of summer wanes as the mercury begins to drip, ushering in cooler and more pleasant temperatures. September to November are also some of the driest months in South Korea, and the autumn is an excellent time to buy a Seoul holiday package if you want to go hiking or explore other outdoor attractions.

The South Korean winter is from December to March. Temperatures drop significantly, and you'll need to pack warm layers to beat the chill that takes over the country. One of the perks of buying a Seoul holiday package over the winter months is the lack of other tourists. Travellers may also have an easier time finding deals on hotels. Another highlight that comes with your winter Seoul holiday package is that you’ll get to see the palaces and surrounding landscapes covered in a soft blanket of snow. It's one of the most magical times to visit!

How much time should I spend in South Korea?

Two weeks is the perfect amount of time to spend in South Korea. You can spend a couple of days exploring the capital with a Seoul holiday package before moving on to other cities and regional destinations. With Seoul being such a massive city, it's worth spending the bulk of your time here. A five-day Seoul holiday package will allow you to see all the top attractions and give you the time to spread out your sightseeing. After Seoul, you might move onto Gyeongju. Two days in the city is more than enough to explore the city. From there, spend a night or two in Busan before taking a short flight to Jeju Island. Jeju Island is a beautiful part of South Korea and deserves two to three days of you time so you can soak up all its natural beauty. Lastly, end your Seoul holiday package with a flight back to the capital and start your journey back home.