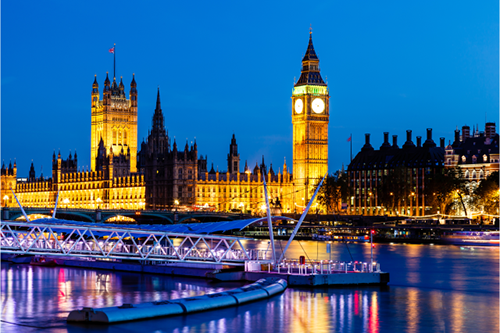 Not the biggest fan of planning the logistics of a trip?

Use Webjet to find the perfect London holiday package and UK holiday deals from Australia. You won't have to spend hours online searching for the best prices and deals, and it will cost you less than hiring a personal travel agent.

4 Advantages of Choosing a Holiday Package to London

Top Things To Do in London

Buckingham Palace is one of London's most iconic attractions. Built in 1837, it's served as the residence for the Royal Family since Queen Victoria ascended the throne in 1837. If you can, plan your visit at 11:30 a.m. to watch the daily Changing of the Guard ceremony and sign up to experience a traditional afternoon tea at the palace.

The Tower of London

The Tower of London has held many roles over the centuries. Once a prison turned palace, it's now a UNESCO World Heritage Site that offers history lovers a fascinating look into the city's past. Inside you'll find the massive White Tower that's home to a remarkable collection of royal armaments and armour as well as the famous Crown Jewels exhibition.

No trip to London would be complete without visiting Big Ben. Located near the Thames River, the bell tower has been ticking away for the last 159 years. The Houses of Parliament are below it and have served as the seat of Britain's government for centuries. You can view both buildings from the outside or buy a ticket to tour the parliament buildings and witness one of the lively political discussions.

Founded by Edward the Confessor in 1065, Westminster Abbey has been associated with Christianity since the early 7th century. Since then, the church has been used to crown sovereigns has hosted the Royal Weddings of Princess Diana and Prince Charles, and Prince William and Kate Middleton.

Built in 2000 to mark the new millennium, the London Eye is one of the best spots to get a bird's eye view of the sprawling metropolis. The ferris wheel rises 443 feet above the Thames river and journey around lasts 30 minutes. If you want to skip the lines, book the London Eye fast track ticket so you can go up any time on the day of your visit.

What To Know Before You Go To London